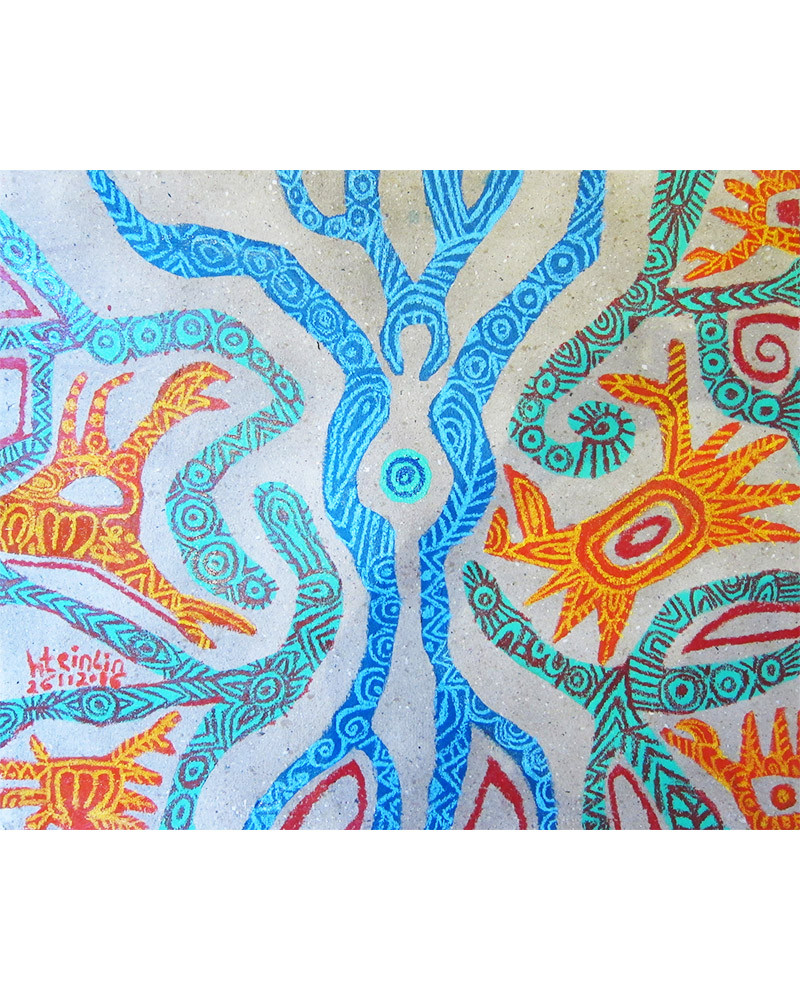 The “Recycled” series is a very personal project for Htein Lin. When he was in prison, he created many works on A4 paper in secret, which he managed to covertly get out and sent to his wife to get them to safety. Unfortunately, these works ended up at the paper recycler. Upon his release from prison, Htein Lin bought the cardboards from recycling, thinking there was some of his work inside. Since then, when an emotion touches him, an event disturbs him - or rejoices him, he draws and restores his thoughts on these "recycled". Here, dated 26/11/16, a souvenir of Insein prison and its guards...