Khin Zaw Latt is a painter, born in Myanmar in 1980 in the delta village of Ywa Thit, Laputta. He learned how to draw and paint when he was very young from his brother Soe Soe Laputta, who is a famous artist. He entered the National University of Art and Culture in Yangon in 1998, where he met a young artist, Ohmmar Than, who became his wife, parents of two. Khin Zaw Latt, who has studied and held exhibitions in Asia and Europe since 2005, has noticed for a long time how much Myanmar has lagged behind in terms of art. His Blissful Buddha, Moving Forward and Street Story series were a hit outside of Myanmar.  He won four art awards at home and abroad, and held art exhibitions in Thailand, Hong Kong, the United States, France, Canada and more. The artist has achieved a high level of success at a young age, but he still feels worry about the development of art in Myanmar. In 2010, he bought a compound in Yangon’s Township to do his part for art development in Myanmar. He created an art garden and opened a free school called the Bamboo School in 2012. The school teaches art, computers and English to children in the neighborhood and offers artists residency. As a second step, he opened an art gallery, which features the paintings from the artist-in-residence program and other artists. He wants to see Myanmar’s art standards on par with ASEAN countries but he understands quite well that this is not possible without the assistance of the government. “The government should help open art museums, collect the works of Myanmar artists and create spaces where artists can create their works freely,” he said. In fact, late artists had tried for this after independence in Myanmar. Artists submitted their plans for art development to then Prime Minister U Nu, but those plans never materialized amid the political instability of the country. Khin Zaw Latt is still striving for art development, and has now a plan to build an art museum on his own. Retour De Voyage wants to be helpfull in the third step... More to know, asap ! 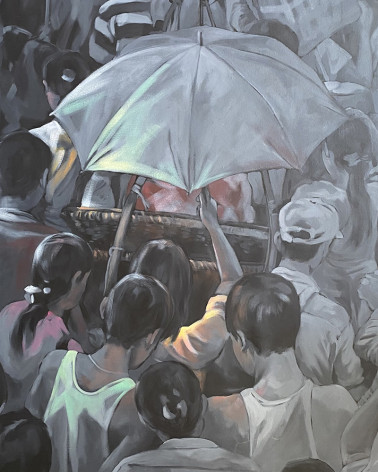 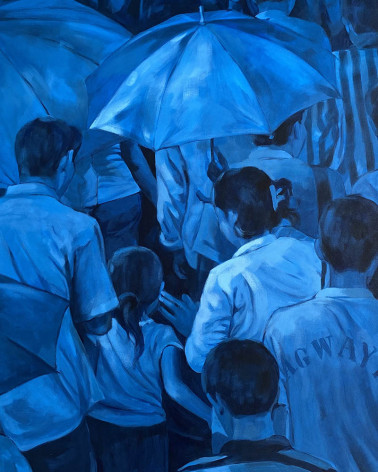 Work on the blue colors... 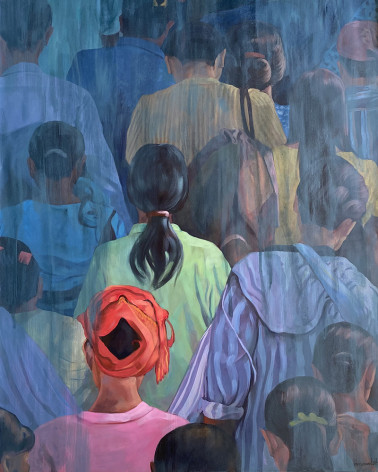 In the moving crowd, a woman with her red scarf 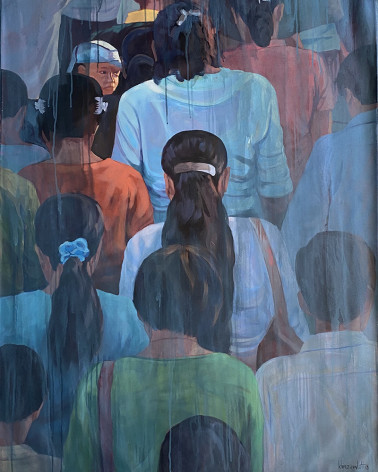 In the moving crowd, a small child looks back. 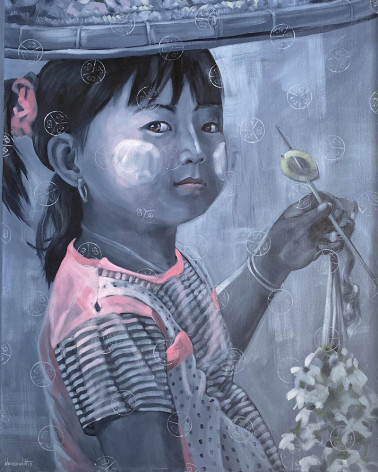 Jasmine is ubiquitous in Myanmar. This little girl, among many others, sells her flowers to perfume cars, or to leave them at the pagoda. 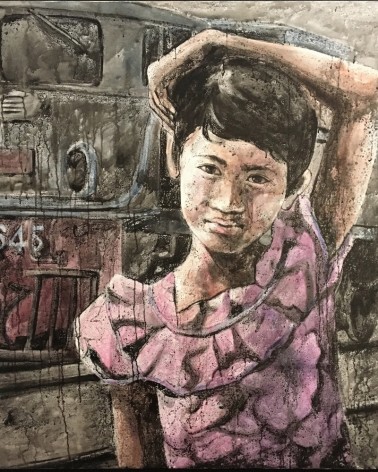 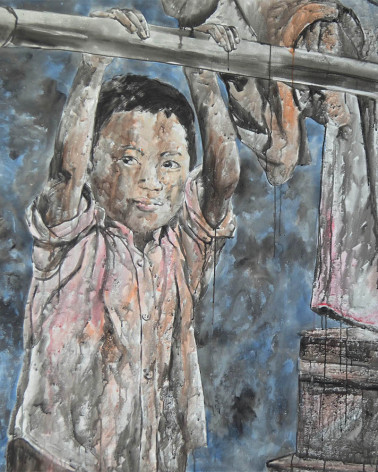 In tropical Southeast Asia, the streets are open theatres where young and elderly, rich and poor,... 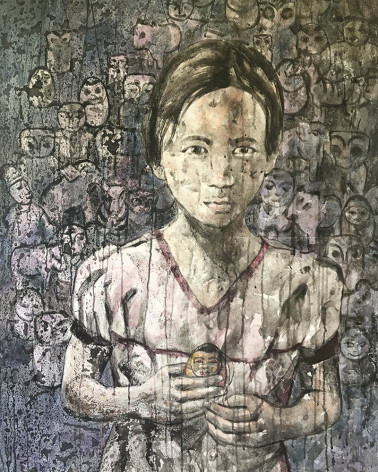 "The last thing I bought and loved was a painting by Myanmarese artist... 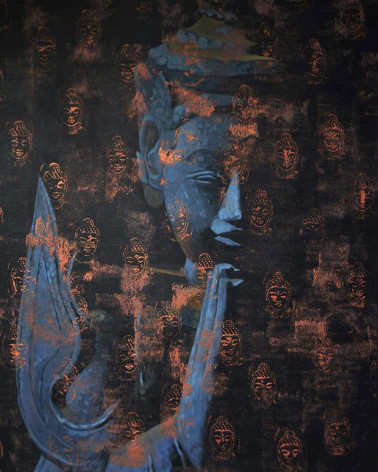 The 35-year-old artist Khin Zaw Latt prefers drawing portraits. He is known for his distinctive... 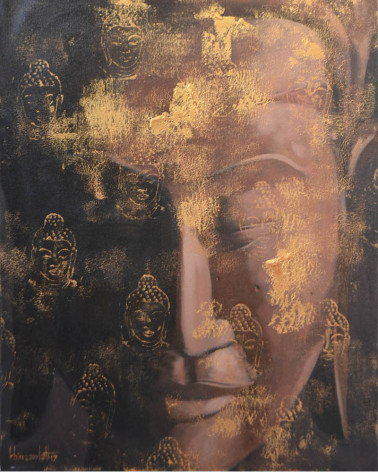 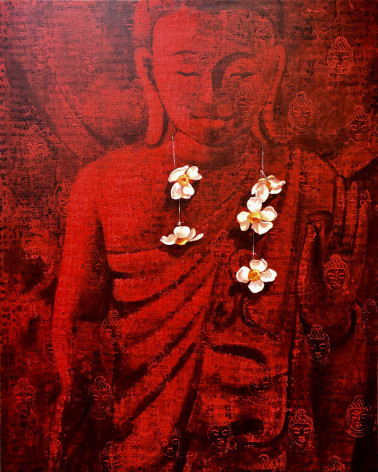 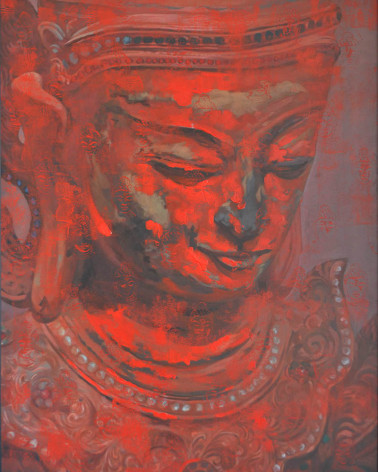