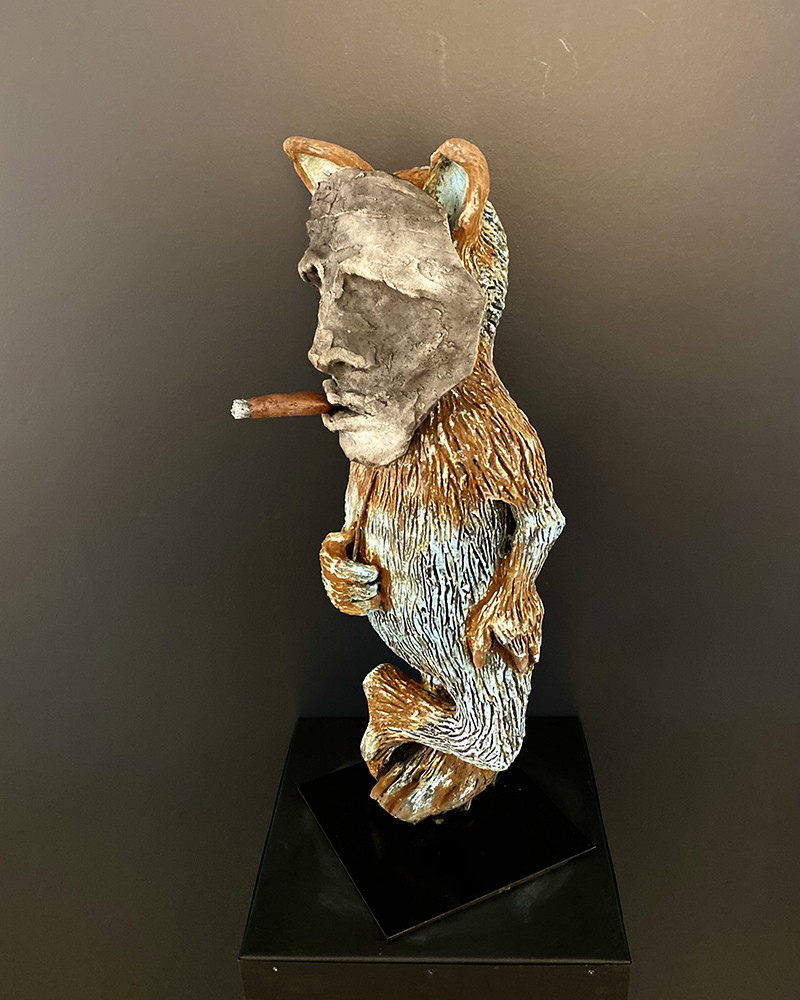 The Boss, or rather "I am the Boss" is imposing. His nonchalant attitude, his cigar at the edge of his lips and his neglected pout make him almost apathetic and can disorient some. However, this strange character makes us smile with his ears: his character is so much in the caricature that he inspires us a soft sympathy.

Impossible to remain indifferent to the creations of Pierre Sgamma. His sometimes enigmatic creations disturb, move, provoke and even shock. This artist has developed his own plastic language, a singular universe that unfolds in a great freedom of expression. All in poetry and sensitivity, the world of Pierre Sgamma shakes us, scratches us and swings us between tearing and appeasement. He transcends the established codes by juxtaposing the sublime and the grotesque, the candor and the perversity.He says, "In the most intense moments of production and creation, I don't work, I play. Each piece is a piece of me, loaded with my experience of love, violence, fears, lacks, desires. I make fun of myself, of this great comedy that is life."

Voyage has taken a liking to this tender character with a casual air. 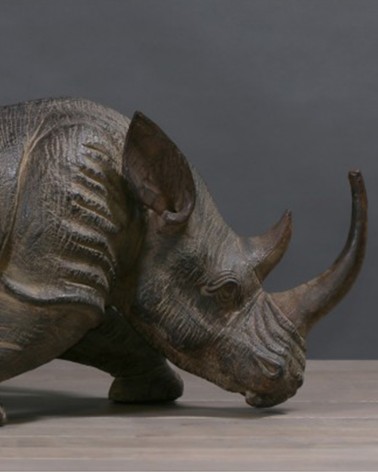 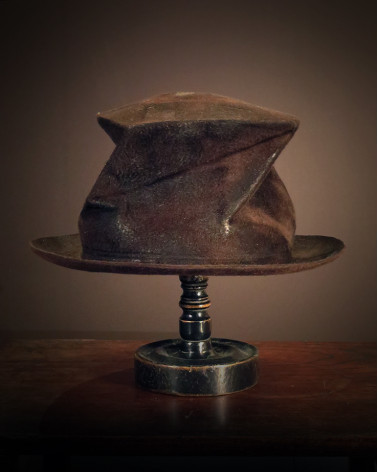 Hat entirely hand-made by Massimiliano Amicucci, with felt and leather. Remember Johnny Depp in “Charlie and the Chocolate Factory”? The same... 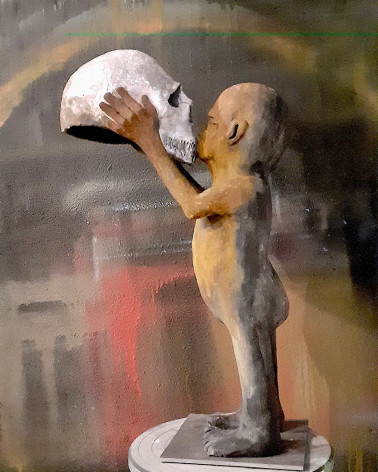 Based on a poem by Alain Bosquet …

BY THIS KISS DO YOU WANT TO LEND ME A LITTLE OF YOUR LIFE, I WOULD LIKE TO CORRECT MINE 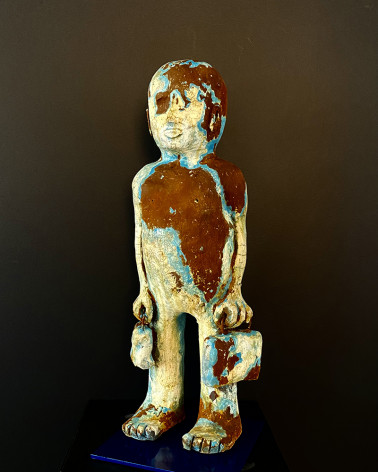 I am the passenger - Pierre Sgamma