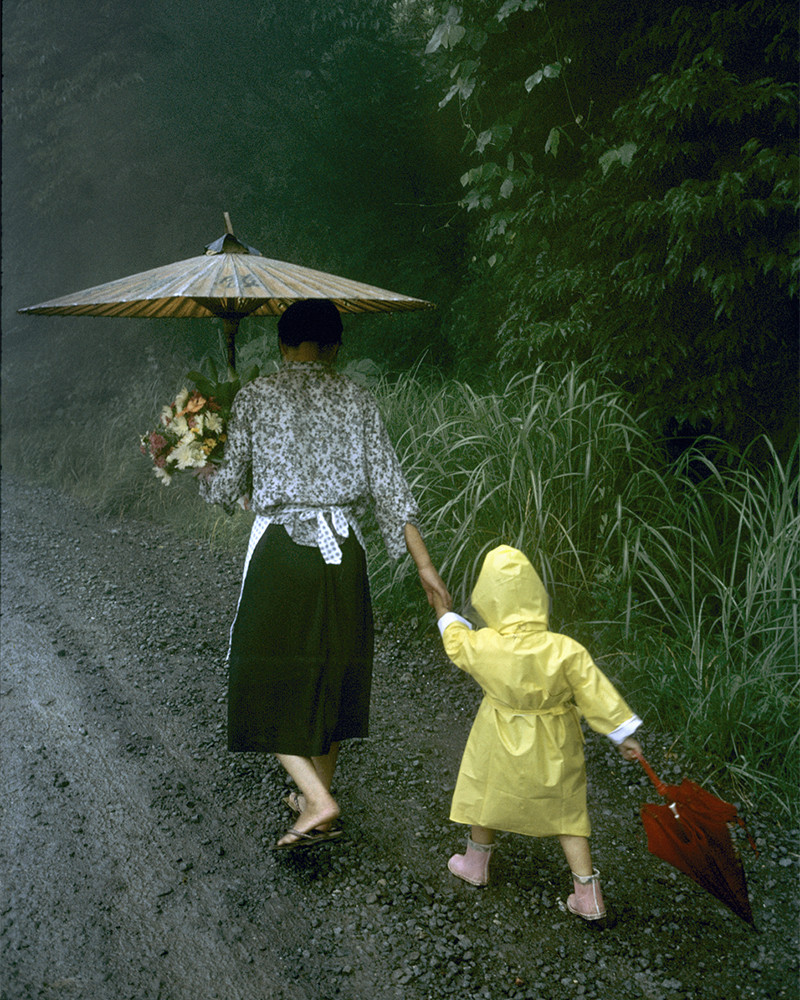 This photograph by Hans Silvester is a treasure in its graphics and linearity! The diagonal line drawn by the moving bodies divides the picture: on one side the green vegetation, on the other the dirt road. The little girl's yellow anorak contrasts against this background.

Hans Silvester's discovery of the Empire of the Rising Sun took place in several stages. From a very young age, the photographer was already interested in Zen Buddhism and Japanese culture. Then, it was the images brought back in 1951 by the Swiss journalist Werner Bischof that struck him. The desire to go there slowly grew within him, and destiny held out its arms to him: in 1968, a supermarket chain offered him the project of taking photos in Japan to put in chocolate bars to build customer loyalty. Hans Silvester was asked to produce a "chocolate" book on the theme of Japan. He stayed there for a year and was able to experience the country intensively. Outside the cities, the photographer likes to say that he was an object of curiosity. Not being able to speak the language, he carried around little papers written in Japanese in his pockets, on which were written, among other things, "I am as clean as a Japanese" when negotiating room and board. In one year, Hans Silvester was able to capture the children of Tokyo in a very modern and graphic setting, as well as the Zen temples of Ryoanji and the helmeted demonstrations of Japanese students in 1968.

Retour De Voyage is fascinated by this series of photographs that immerse us in Japanese culture, through the expert and talented eye of Hans Silvester, who through his pictures imbues us with another atmosphere. 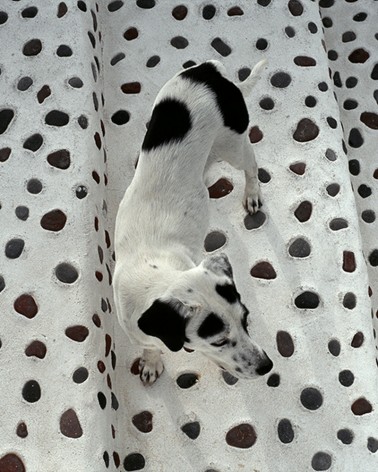 Passing a staircase on a Greek island, Hans Silvester came across this dog that seemed to mimic his surroundings. This is immortalised in this... 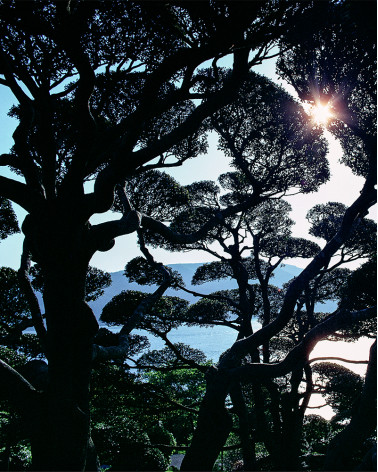 Photographs by Hans Silvester who expresses through his pictures, the tenderness he has for these silent and wise trees, still and moving,... 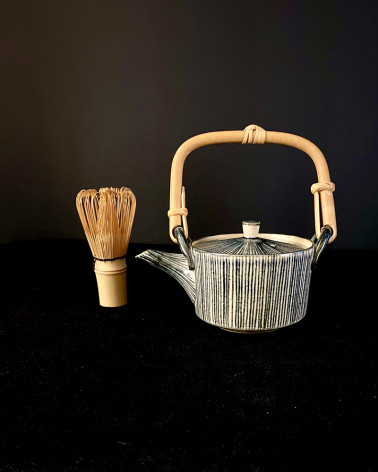 Back From Travel selection