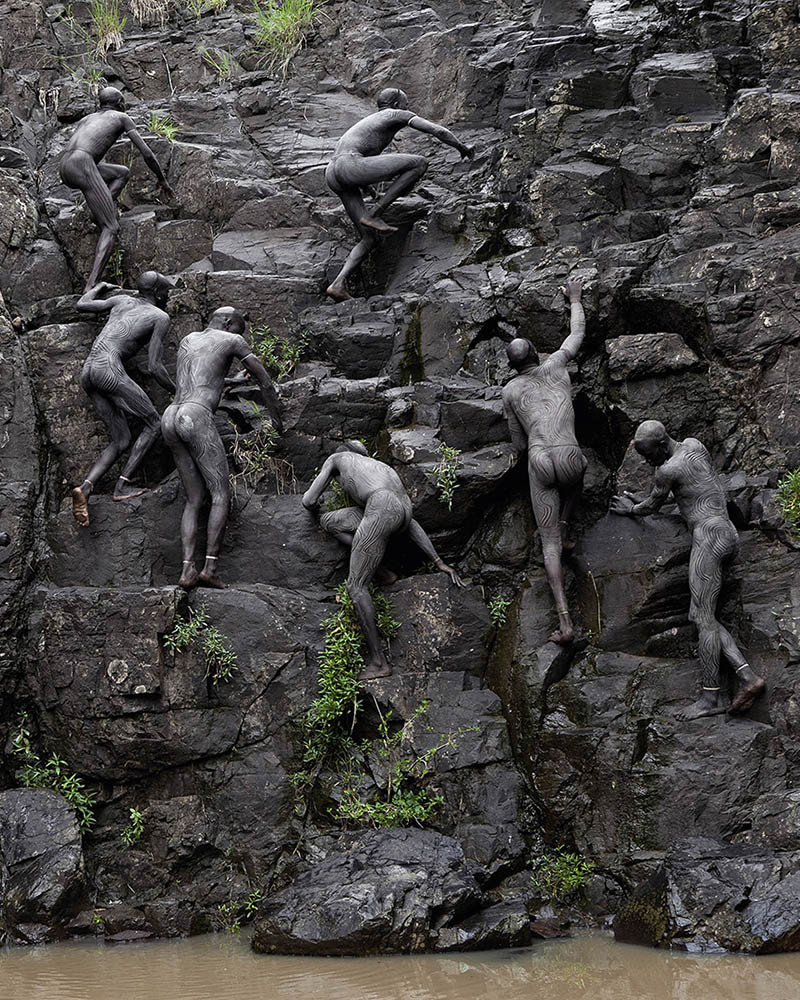 Before the fight itself, men prepare. These are water holes that these fighters find in order to clean themselves and put on their bodies these drawings that take shape under the fingers coated with natural pigments. This photograph releases a strength and energy through a ballet of athletes storming this cliff, like a sculpture of Rodin. Another iconic photo of Hans Silvester’s work.

Photographs signed and numbered from 1 to 10 by the artist, available in three formats: 40 x 60 cm, 60 x 90 cm, 100 x 150 cm. It goes without saying that the energy of this photo takes all its presence in the largest format... expected effect

If the main activity of the Suri is the breeding of cows, the Donga ceremony is an essential moment in the life of these young men and women. It is through this ancestral activity that young men and women will meet, sometimes get married and have children. Even though marriages are often arranged in other times and places, the seduction game culminates in the ceremony.

Hans’s talent and his sense of observation have frozen this image. Present for several weeks, Hans knew that to obtain such an image, he had to position himself on the other side of the river...

The strength of these warriors is formidable, force multiplied tenfold by the size of the sticks. The fight rages, often expeditious and sometimes deadly. When the weakest of the two fighters feels dominated, he kneels and the fight stops, celebrating the winner. Even if this ancestral ritual may seem savage and cruel, it is only the reflection of other games of seduction in other civilizations.

It is two days from 4X4 from Addis Ababa and several hours walk that Moulou, his guide allowed Hans Silvester to penetrate this natural world.

This photo, taken in the early 2000s, still shows the purity of this world which will soon be confronted with our civilization. With the construction of trails, the exploitation of oil, and later the arrival of the first tourist cars, it is a true cultural testimony that Hans Silvester offers us and that has been able to make us aware of both the beauty of these men and women, to their art and to their daily life which he knew how to observe. Hans opens to us the doors of a still virgin world and his involvement in his many journeys, his energy at the service of the diffusion of these traditions we are seduced and seduced again. 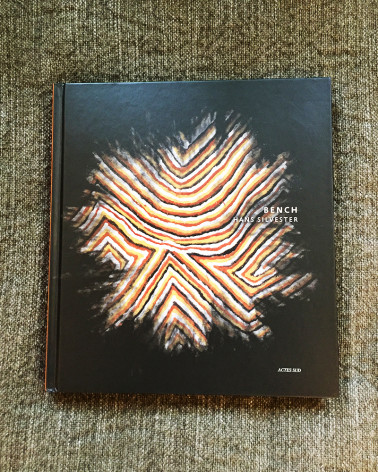 The Benchs, an ethnic group of farmers, live in Ethiopia, 600 km south of Addis Ababa in mountains of high altitudes and in a particular habitat... 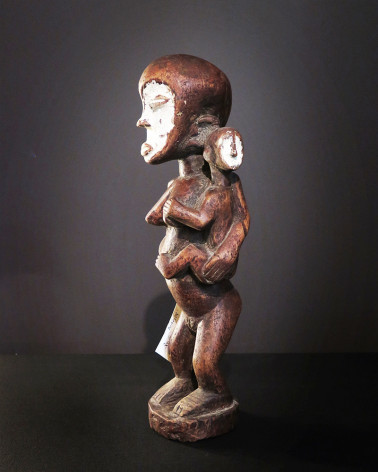 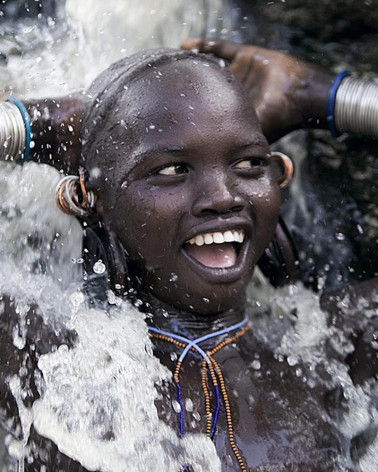 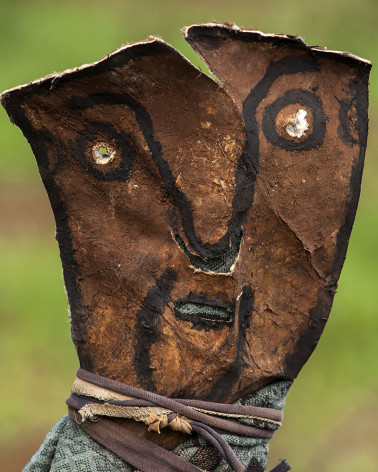 Hans Silvester, beyond the almost encyclopaedic sum of photographs he has accumulated on the peoples of the Omo, their paintings and their body...