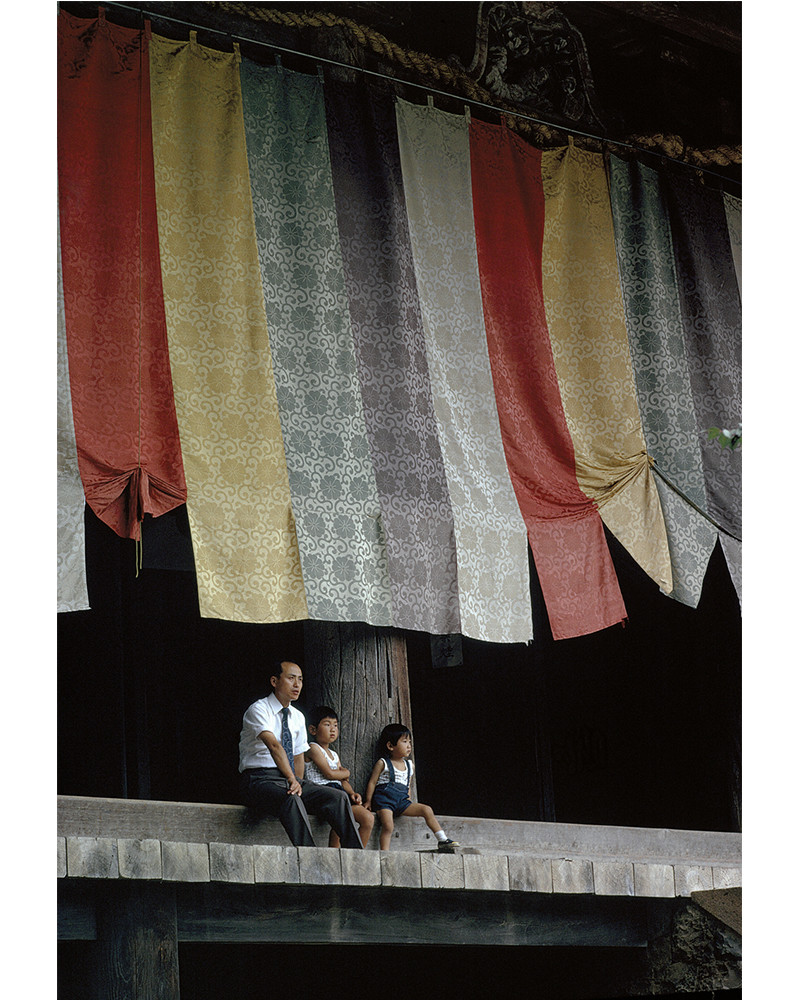 Hans Silvester's photograph is pleasing both for its colours and for its strong contrasts: the deep black background allows the colours of the fabrics to stand out, just as the size of the fabrics cannot be measured by the presence of these three young people. There is a certain grandeur and wonder in this photograph.

Several steps led Hans Silvester to discover the Empire of the Rising Sun. From a very young age, the photographer was already interested in Zen Buddhism and Japanese culture. Then, it was the images brought back in 1951 by the Swiss journalist Werner Bischof that struck him. The desire to go there slowly grew within him, and destiny held out its arms to him: in 1968, a supermarket chain offered him the project of taking photos in Japan to put in chocolate bars to build customer loyalty. Hans Silvester was asked to produce a "chocolate" book on the theme of Japan. He stayed there for a year and was able to experience the country intensively. Outside the cities, the photographer likes to say that he was an object of curiosity. Not being able to speak the language, he carried around little papers written in Japanese in his pockets, on which were written, among other things, "I am as clean as a Japanese" when negotiating room and board. In one year, Hans Silvester was able to capture the children of Tokyo in a very modern and graphic setting, as well as the Zen temples of Ryoanji and the helmeted demonstrations of Japanese students in 1968.

Retour De Voyage has selected this photograph because, once again, Hans Silvester has the talent to capture scenes of everyday life that are full of truth and with which we can all identify. 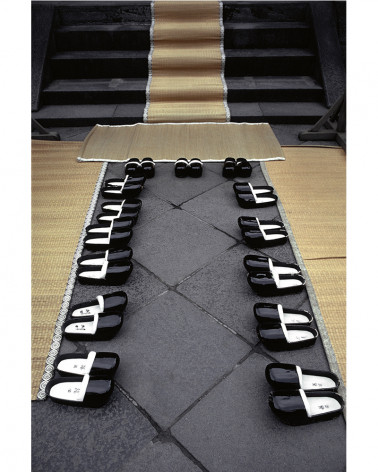