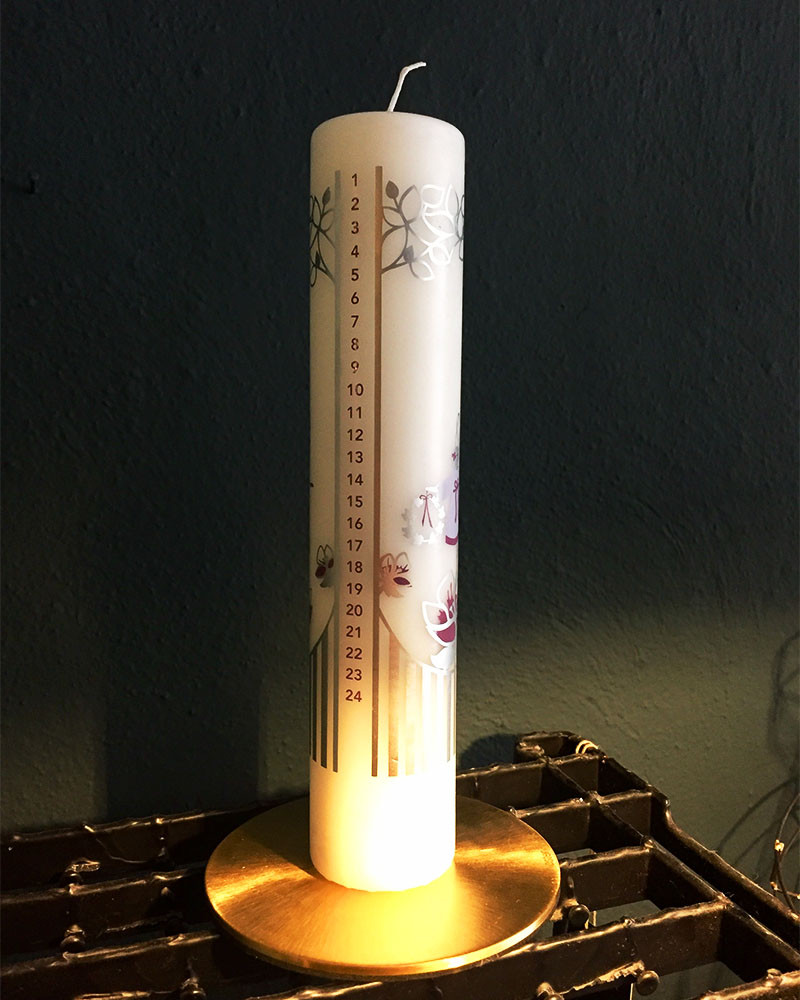 The Advent candle nurtures the magic of Christmas : from December 1, light it every evening and let it consume until the first graduation. Re-light the candle every night until the 24th graduation, it’s Christmas !

This German use has been repeated in many countries. We offer you a simplified version of the crown of Advent with this decorated candle which features as many graduations as days before Christmas.

Retour De Voyage loves choosing the rings of Rosa Maria. Beyond her immense creativity, you can choose to create your own jewel by combining... 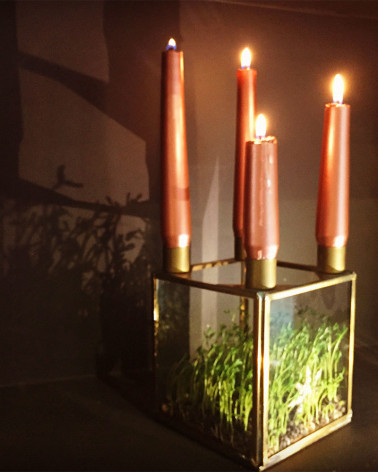 The Advent candles holder fosters the magic of Christmas: from the 1st Sunday of December, we light the first candle, then the second Sunday, we... 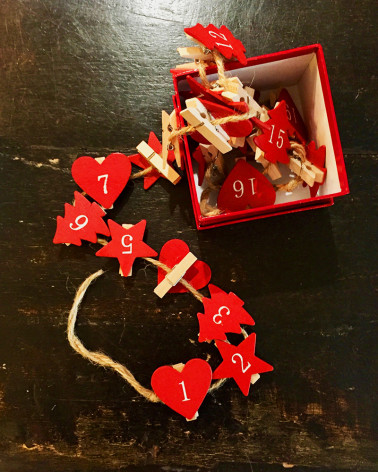 The Advent calendar allows you to wait until Christmas : depending on your choice, it has 24 small metal boxes in the shape of a star, or 24...