The sculptor Ndary Lo died in spring 2017. He was a graduate of the National School of Fine Arts of Dakar and pursued a research on the theme of Man, with as a basic material reinforced steel, using the moirures of rust and corrosion of welding points. With his «Walking Men», he has participated in various exhibitions in Senegal and abroad. Chevalier des Arts et des Lettres de la République française, he has won several awards and distinctions, including, on two occasions, the Grand Prix Léopold Sédar Senghor of the Biennale de Dakar in 2002 and 2008.  His father was director of the national printing press and father of twenty-four children. Ndary was one of his last wife’s sons. At the age of five, he was entrusted to the maternal grandparents who owned a large farm near Tivaouane, where he often went to keep company with the neighbouring blacksmith who taught him all his skills. From 1992, Ndary Lo began a research on man with iron as a basic material. His «Walking Men», long metallic silhouettes, his slender women with blurry faces, and his junk bellies filled with doll heads, make him the winner of many awards. However, Ndary Lo’s work is not limited to his sculptures, and his installations are an integral part of the artist’s artistic research. His intellectual questioning, both technical and artistic leaves us a work sought after by an artist in his flight (see the book of Jacques Rouayroux, Ndary Lo le Démiurge).

The Walkers, emblematic sculptures of Ndary Lo, are made from pieces of rebar and symbolize the movement.

These big Men can walk alone or... 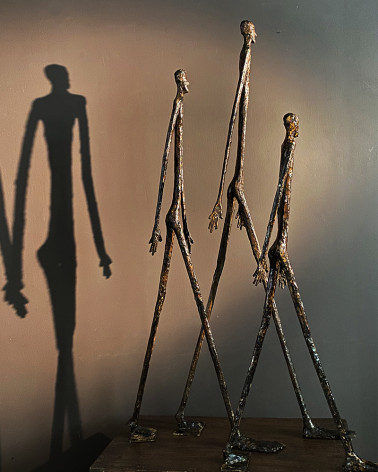 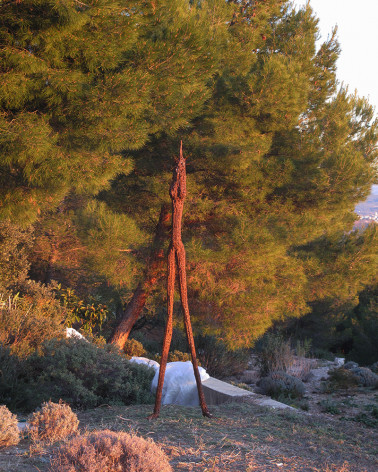 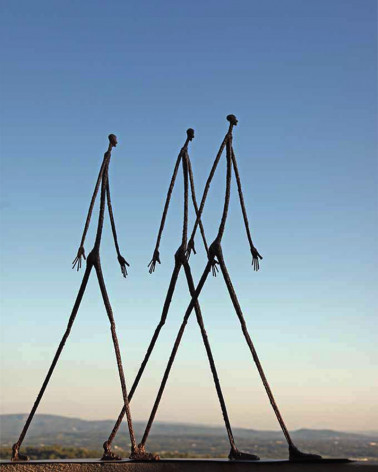 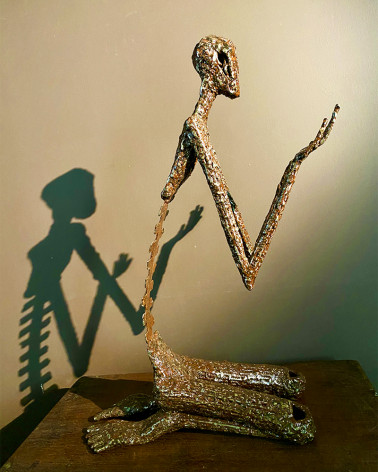 Seydina Issa Laye Seck, known as SILS, was for 17 years the assistant welder of the artist Ndary Lo who transmitted to the apprentice an...